As an organisation which proudly supports our armed forces, we were delighted to achieve the Employer Recognition Scheme (ERS) Gold Award 2022.

The scheme recognises employer organisations that pledge, demonstrate or advocate support to defence and the armed forces community.

This year, Solar Capture Technologies were one of the 156 organisations adjudged to have met the required standard to achieve the gold award.

To achieve the gold award, Solar Capture Technologies have met the following criteria:

“The armed forces covenant can play a big part in this development, and we look forward to growing this collaboration.”

We continue to support our armed forces and recently attended a job fair at Durham Cricket Ground for cadets, veterans, reserves and employers. 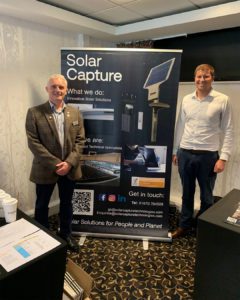