Race For Number 10: Where The Two Remaining Tory Candidates Stand On Net Zero

A topic which has been discussed at length during the on-going Conservative leadership contest is the ‘net zero’ target, which aims to reduce emissions by 2050. 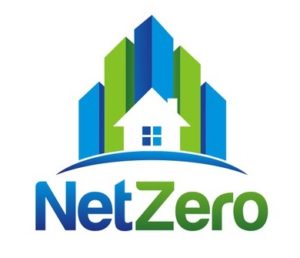 Outgoing Prime Minister, Boris Johnson has been a strong supporter of net zero with a consistent narrative centred around “clean, green energy”.

Johnson’s resignation, earlier this month, has created some uncertainty around the 2050 net zero commitment. So, where do the two remaining leadership candidates stand on net zero?

During his time as chancellor, Rishi Sunak rarely expressed his views on net zero but has committed himself to the target since entering the leadership race, although he believes a cautious approach is the way forward:

The other remaining candidate, Liz Truss served under David Cameron as environment secretary, during which time she cut subsidies for solar farms.

Like Sunak, she has also committed to the target during the leadership campaign but claimed the UK needed to “find a better way to deliver net zero” that won’t “harm people and business”.

What Does Net Zero Mean?

Net zero means not contributing further to the amount of greenhouse gases in the atmosphere.

To achieve this target, emissions will need to be reduced as much as possible in addition to a balancing out of any that remain to remove the equivalent.

Carbon dioxide (CO2) is a greenhouse gas which is released into the atmosphere when we burn oil, gas and coal for our homes, factories and transport vehicles. It causes global warming by trapping the sun’s energy.

What Is Solar’s Role In Achieving Net Zero?

If the UK is to reach its net zero target by 2050, renewable energy sources like solar and wind will be required to play a big part.

To remain on track for the net zero target in 2050, the UK will need to treble the capacity of electricity coming from solar by 2030.

Chief Executive of Solar Energy UK, Chris Hewett, said: “Solar is going to have a huge part in the story for net zero, we expect the industry to triple its capacity in the next 10 years so that will be around 10-15% of all UK power output from solar.

“Our business-as-usual scenarios are saying we are definitely on track to double, with a few policy changes, we believe we can treble it.

“That would create 13,000 new jobs in the UK with £17 billion worth of economic value and it would, because whenever solar is on the grid, it displaces gas power, actually reducing our emissions by 4.7% in the decade.”

Not only can solar contribute to UK carbon reduction in electricity generation, but it can also reduce the amount of carbon used for transport and heat.

Not only are industries, business and the public and private sector as whole being encouraged to reduce emissions but there will be a responsibility for individuals too.

At Solar Capture Technologies, we believe in providing viable solar solutions for everyone. This belief has led to us developing and manufacturing innovative solar products at our UK based mega-plant.

We believe our latest product, the Flex Solar Module, will revolutionise the way we use solar as it offers a completely integrated solution.

Want to find out more? Get in touch